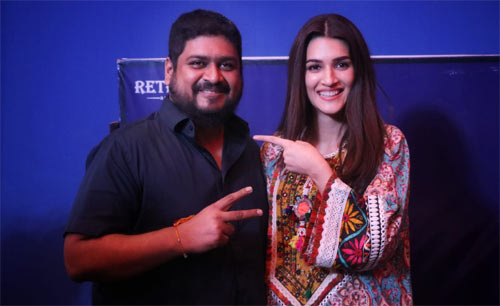 Bollywood actress Kriti Sanon has wrapped up her part in Prabhas’ maiden Bollywood film, Adipurush, yesterday. Kriti cut a cake and celebrated with the film’s team as she exited the set.

Adipurush is being directed by Om Raut and produced by Bhushan Kumar, Krishan Kumar, Om Raut, Prasad Sutar and Rajesh Nair. The film is slated for release on August 11, 2022.