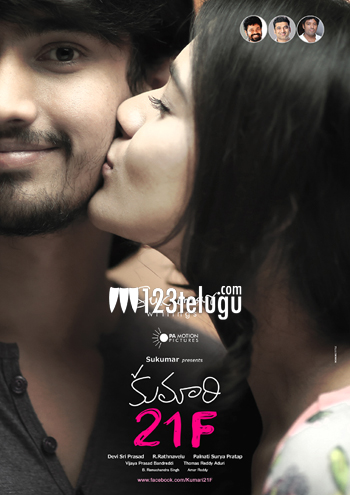 Young hero Raj Tarun, who is on cloud nine after scoring back to back hits, is getting ready to entertain the audience with his upcoming film ‘Kumari 21F’. The film’s shoot was completed last month and the post production work is nearing completion. Ace filmmaker Sukumar is presenting the film under his Sukumar Writings banner. He also penned the script for the film.

As per the latest update, the movie is confirmed to hit the screens on October 30th. It is heard that the film’s story will be on the lines of Sukumar’s blockbuster film Arya. The first look poster was unveiled today by the film’s music composer Devi Sri Prasad. Palnati Surya Pratap of ‘Current’ fame is the director and Heebah Patel is the heroine.