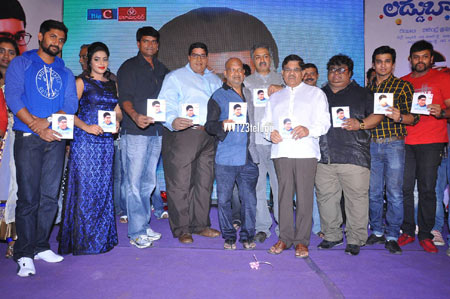 Allu Arvind launched the audio of the film and the dignitaries praised both Ravi Babu and Allari Naresh for coming up with a different concept. The highlight of the show was Allari Naresh himself, who donned prosthetic make-up and appeared at the event as ‘Laddu Babu’, the character that he has played in the film. It’s the first time he has played a role like this and he had to work up with make up artists from UK to get the right look.

The film also stars Bhumika Chawla in an important role and it revolves around a obese person’s attempts to get married. Chakri has scored the music and Rajendra Tripurneni has produced the film.