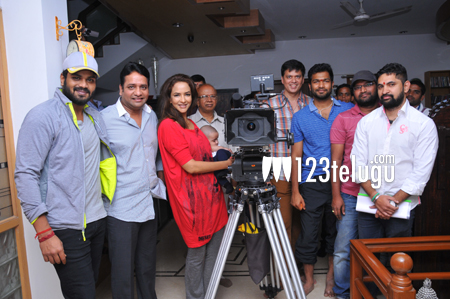 It is evident that Lakshmi Manchu has earned a reputation as a talented and a daring producer. According to the latest updates, she has launched her next production venture today under Manchu Entertainment banner. This will be the third film under her banner after the Manoj starrer ‘Uu Koduthara Ulikki Paduthara’ and ‘Gundello Godari’.

Laksmi Manchu will be paired opposite Adavi Sheshu in this crime comedy. Gowtham Menon’s assistant Vamshi Krishna helms this untitled project which is slated to start its regular shooting from December 8.