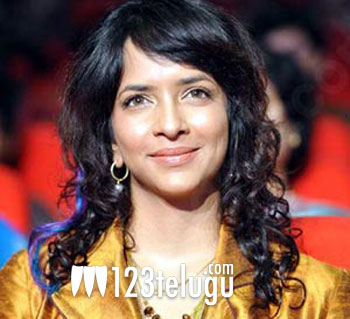 Lakshmi Manchu has earned a reputation as a talented actress and a daring producer. Over the past 18 months, she has put her life and soul into the film ‘Gundello Godaari’ and she is pinning her hopes on the project to give her a much needed break. Though her last project ‘UKUP’ won Lakshmi acclaim as an actress, it did not bring her too much money. She is hoping that things will change with ‘Gundello Godaari’.

Lakshmi has produced this film on Manchu Entertainments banner and Kumar Nagendra is the director. The film is set against the 1986 Godavari floods and the production team tried to simulate the flooding sequences with the help of an expensive, specially erected set.

Maestro Ilayaraja has composed the film’s music. Tapsee, Aadi and Sundeep Kishan have played key roles in the movie along with Lakshmi. The movie is releasing on March 8th across the world.