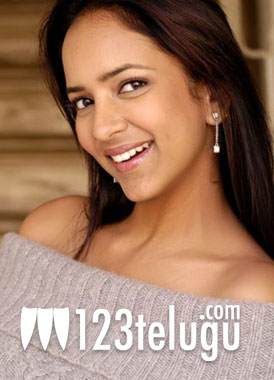 Lakshmi Manchu has dabbled with quite a few things including acting, anchoring, producing right from the day she entered Telugu film industry. She has been very successful in all these areas and in fact, she even won a Nandi award for her performance as a villain in Anaganaga O Dheerudu. Both her talk shows like Lakshmi Talk Show, Prema Tho Mee Lakshmi and the ongoing game show Luck Unte Lakshmi are incredibly popular on TV. Now she’s adding another feather into her cap. She’s all set to launch her own perfume line and she’s the first Telugu film celebrity to do so in recent times.

In the past, celebrities like Amitabh Bachchan, Shilpa Shetty and even Lata Mangeshkar had launched their own perfume line. Lakshmi Manchu herself confirmed the news and tweeted, “WoW.. Yes,my perfume line is going to have a pre launch on 17th of this month. Another dream come true. So fragrantly happy. Excitement:)” Meanwhile, she’s eagerly awaiting for the release of her upcoming bilingual film Gundello Godari. The film’s first copy is ready and both Telugu and Tamil versions will be released simulatenously.