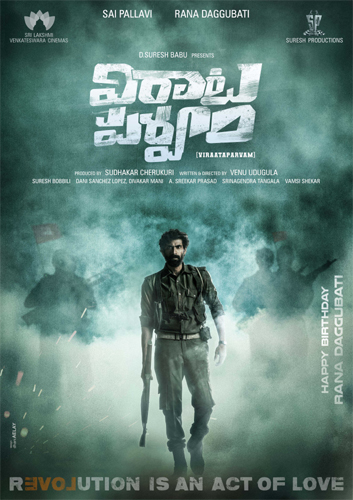 After a long break due to the lockdown, young stars Rana Daggubati and Sai Pallavi are back on the set of their upcoming period drama, Virata Parvam. The film’s final schedule has been underway in Hyderabad for the last 3 days, and the entire shoot will be wrapped up by this weekend.

And the latest buzz that’s doing the rounds in film circles reveals that Virata Parvam makers are keen on releasing the film in theaters first. Until recently, there were speculations about the film’s direct premiere on Netflix. However, the makers seem to have gained confidence seeing how the audiences’ are patronizing new releases in theaters. Clarity on this much-awaited film’s release will be out soon.

Virata Parvam is being directed by Venu. Udugula and produced by Sudhakar Cherukuri and Suresh Babu.