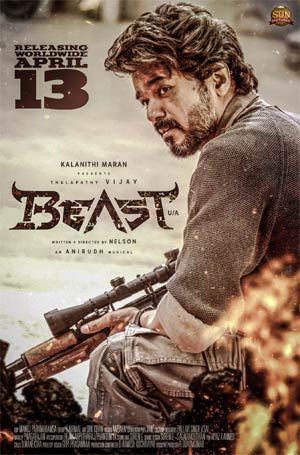 Tamil star hero Vijay-starrer Beast is gearing up for a grand release in theatres on April 13, 2022. sizzling beauty Pooja Hegde is the love interest of the actor in this action entertainer.

The makers of the movie have officially announced that the theatrical trailer of Beast will be released on April 2, 2022, at 6 PM.

Directed by Nelson Dilipkumar, the movie is proudly produced by Sun Pictures on a grand scale. Anirudh Ravichander has scored the music for this biggie, which will be released in multiple languages.