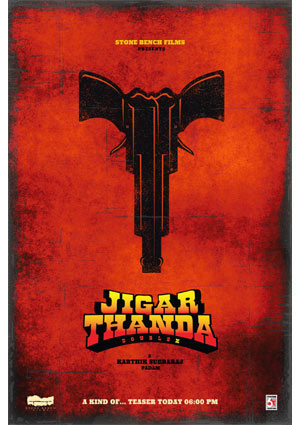 The man behind sensational movies like Pizza and Petta is back with a new movie. He is Karthik Subbaraj and he announced his film, which is a sequel to his blockbuster film Jigarthanda, released in 2014.

After 8 years, the Mahaan maker announced this sequel and titled it Jigarthanda Double X. First look poster of the movie has been revealed through his official social handles. He also promised that a teaser schedule to be out at 6 PM today will reveal the cast and crew of the movie.

It's DoubleX of Everything… 😊