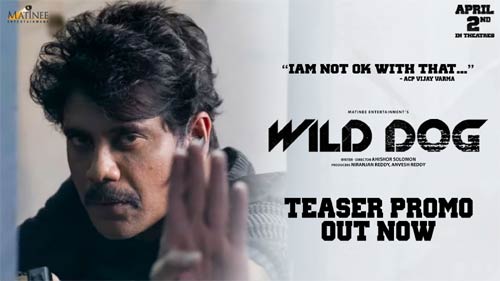 It is a known fact that Akkineni Nagarjuna is doing a film called Wild Dog. The film will be out on the 2nd of April and there is a good buzz for this film.

The makers released a special promo today and it is quite different from the teaser which was revealed before. Nagarjuna is shown as this office that is giving an intro to the various terrorist acts that happened in India and who is behind all this.

All this is superbly showcased in the promo with a good background score. The action part, suspense, and narration look solid and have only increased the buzz for this film. The Kasab angle is also brought in well.

Solomon directs this film and the promo shows what in store for the audience. Thaman has scored the BGM for this film and his work is stunning and gives the promo a solid edge.