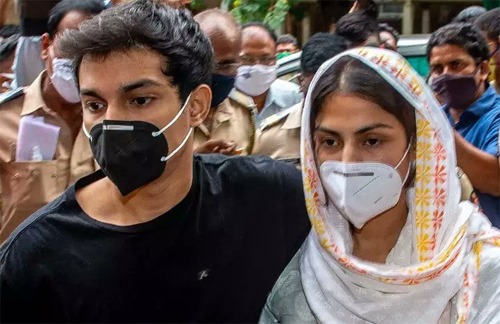 It is a known fact that Rhea Chakraborthy, her brother, and four others were sent to judicial custody in the drug abuse case in the first week of September. Today, as the fifteen-day custody ended, Rhea and others were presented in front of the Mumbai court.

The latest news is that Rhea’s judicial custody has been extended till the 6th of October and her bail was also rejected. So, Rhea has no option but to go back to Arthur Road jail once again along with her brother.

The talk is that Rhea’s lawyers have no option but to apply for bail in the Bombay High Court now. Generally, people get bail easily in such cases but as it is a high profile case, things are getting tough for Rhea and her brother.