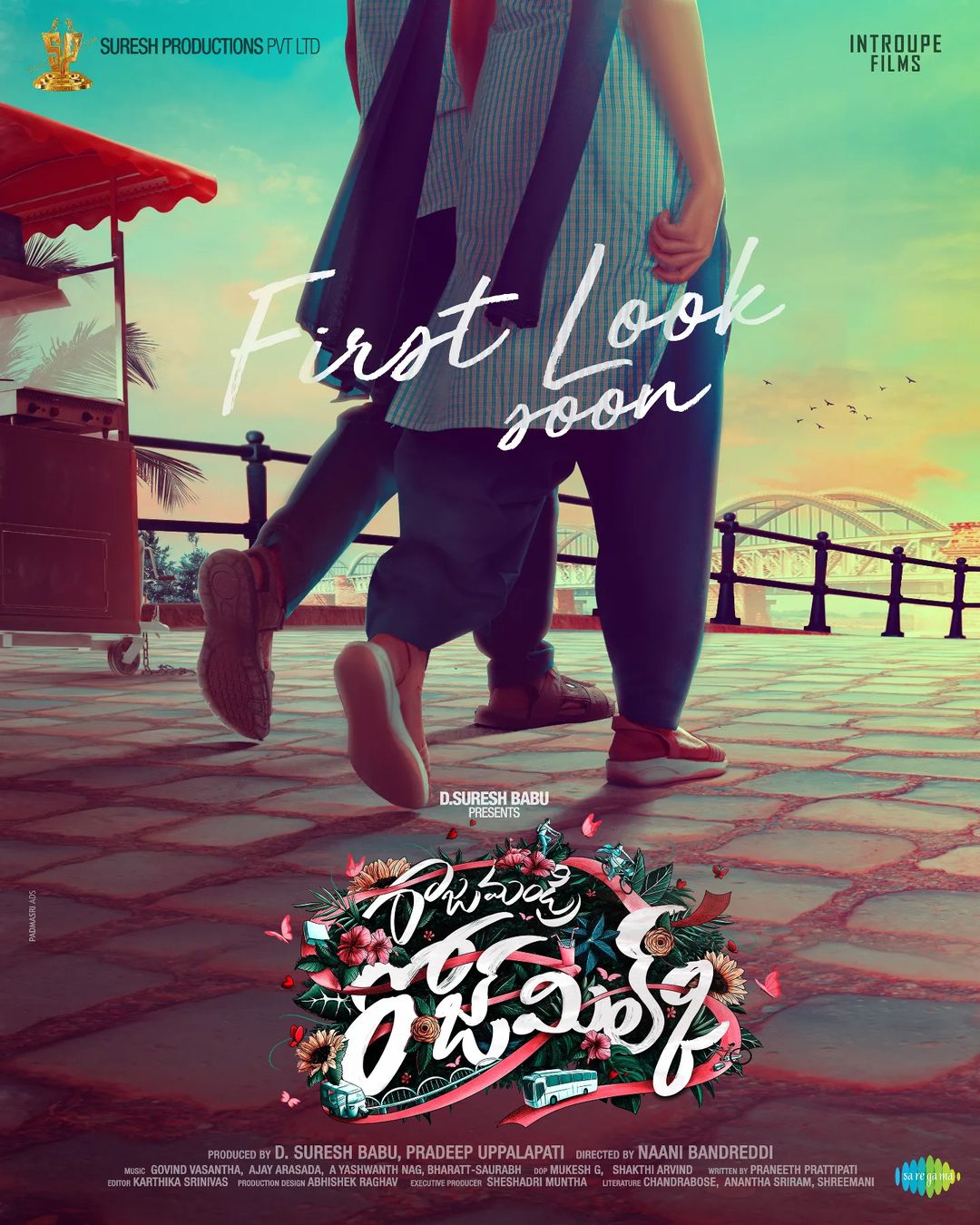 Suresh Productions took to Instagram and posted a brand new poster to announce that the movie’s first look is coming very soon.

Jai Jasti and Ananthika Sanilkumar are the lead pair in this movie, which also has Vennela Kishore and Praveen in supporting roles. Co-produced by Introupe Films, the movie has Govind Vasantha, Yashwanth Nag, Bharatt-Saurabh and Ajay Arasada as the music directors.