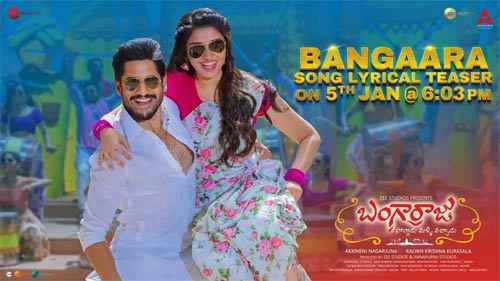 Tollywood King, Nagarjuna and Nagarjuna-starrer latest movie, Bangarraju is in news again. Directed by Kalyan Krishna the film is almost set to hit screens for Pongal 2022.

The makers have decided to release the 4th song from the movie soon. As a part of that, team Bangarraju is going to unleash a promo of the song on January 5 at 06:03 PM.

Bangarraju, a joint production of Zee Studios and Annapurna Studios, is a spin-off to the blockbuster, Soggade Chinni Nayana, released in 2016.