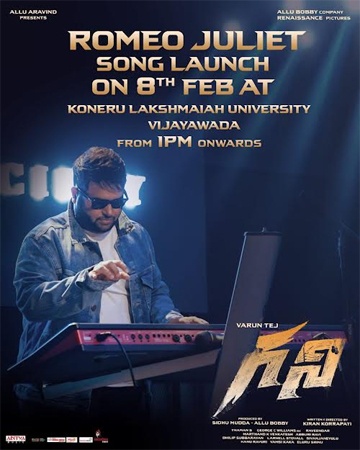 The makers of Ghani, featuring Varun Tej in the title role, have released a crazy update on the next song from the movie. Composed by the young sensation, Thaman S, the movie’s third song will be out on February 8, 2022.

The makers have announced that the third song titled, Romeo Juliet, will be launched at a special event in KL University, Vijayawada, from 1 PM onwards.

Produced by Sidhu Mudda and Allu Bobby, the movie will hit screens either on February 25 or March 4, depending on the then pandemic situation in the country.