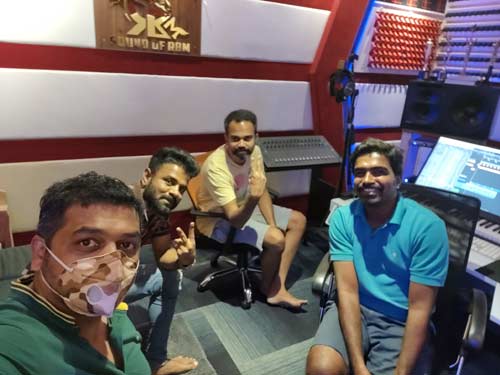 KGF Chapter 2 is one of the most eagerly awaited movies. Following the first part’s massive success across the country, expectations among fans and trade circles are humongous on the second installment. Meanwhile, there has been no clarity on the film’s release date due to the 2 month long lockdown.

Now, the latest update on this much-awaited period gangster drama has brought some cheer to fans. Last night, the film’s Executive Producer Karthik Gowda took to Twitter and shared a photograph of the film’s director Prasanth Neel and music composer Ravi Basrur busy with the music sessions. It looks like the team is working on the background score at the moment.

Yash, Sreenidhi Shetty, Sanjay Dutt and Raveena Tandon will be seen in lead roles in KGF Chapter 2. The film is expected to hit screens for Diwali this year.