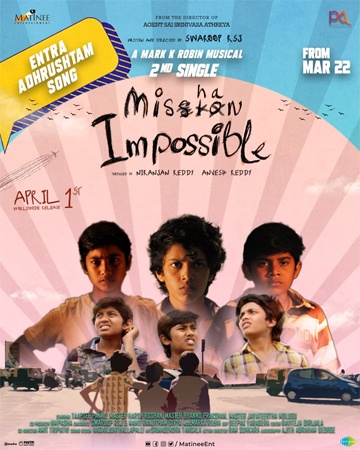 Mishan Impossible starring Taapsee Pannu in a lead role is all set for a grand release in theaters on April 1, 2022. Directed by Swaroop RSJ, the movie has Harsh Roshan, Bhanu Prakashan, and Jayateertha Molugu in key roles.

Today, the makers have announced that the second song, Entra Adhrushtam, will be released tomorrow. Composed by Mark K Robin, the track has the vocals of Mark K Robin and Haricharan.

Produced by Niranjan Reddy and Anvesh Reddy under the Matinee Entertainment banner, the movie has the cinematography of Deepak Yeragara. The promotional content released so far has increased the expectations on the movie.