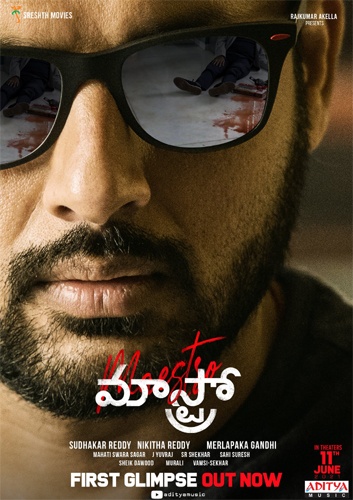 Nithiin, Tamannaah and Nabha Natesh’s Maestro is one of the exciting projects which will be hitting screens later this year. The film is an official remake of the acclaimed Bollywood thriller, Andhadhun. A major part of the film’s shoot took place in Goa until the pandemic halted the production formalities.

In a latest interview, Maestro’s director Merlapaka Gandhi has said that only 7 days shoot is left to complete the entire shoot. Gandhi went on to say that the team had initially planned to release the film on June 11, but they had to postpone the release eventually due to the lockdown. Maestro is being produced by Nithiin’s father Sudhakar Reddy.