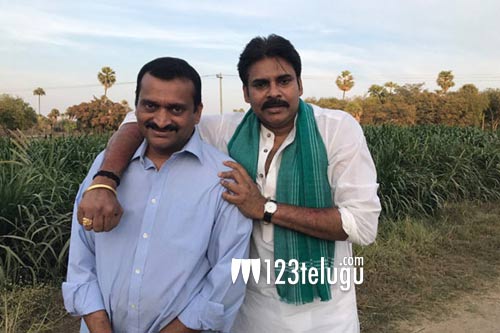 It is a known fact that Bandla Ganesh announced a few months back that he will make a film with Pawan Kalyan. But nothing has been set since then from his side.

We have come to know that Ganesh is finding it hard to get hold of a director to handle this project. He found one story but was not satisfied with it later.

So, he is busy looking for a good script and director who can do it for him. Ganesh is busy meeting several young writers and directors so that he can fix one and start the work. We need to see whom does he select for this mega project.