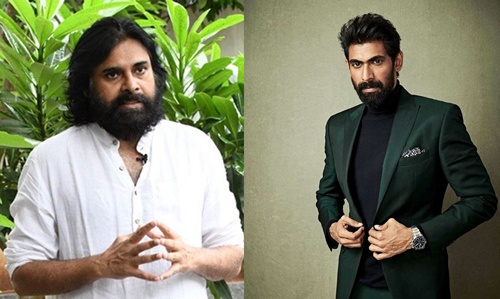 The intense action drama featuring Pawan Kalyan and Rana Daggubati is one of the most eagerly awaited movies this year. The film is an official remake of the acclaimed Malayalam hit, Ayyappanum Koshiyum. While Pawan is reprising Biju Menon’s cop’s role, Rana is playing Prithviraj’s Havildar’s character.

It’s well known that star composer Thaman is scoring the soundtrack for this as-yet-untitled multi-starrer. And the latest updates reveal that the film has just three songs and Thaman has already finished composing the tunes for them. Apparently, star director Trivikram, who is penning the screenplay and dialogues for the movie, has made enough changes in the Telugu version.

Aishwarya Rajesh has been roped in to play Rana’s wife and the makers are on a hunt for the actress who will play Pawan’s wife in this Saagar K Chandra directorial. Naga Vamsi is bankrolling the film under Sithara Entertainments banner. The film is slated for release in the second half of this year.