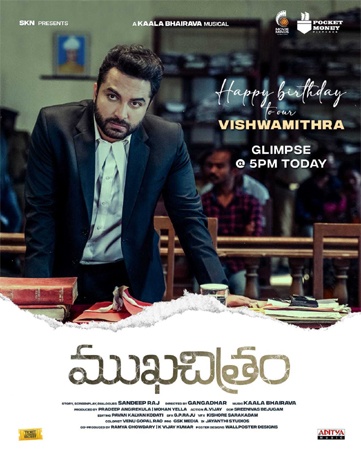 Young and talented director Sandeep Raj, who bagged a super hit with Colour Photo, is coming up with another movie called Mukhachitram, as a story writer. Directed by Gangadhar, the movie has made the headlines again.

Chaitanya Rao Madadi, Vikas Vasishta, Ayesha Khan are playing key roles in this movie. Besides, Priya Vadlamani of Hushaaru fame is playing a dual role in this movie.