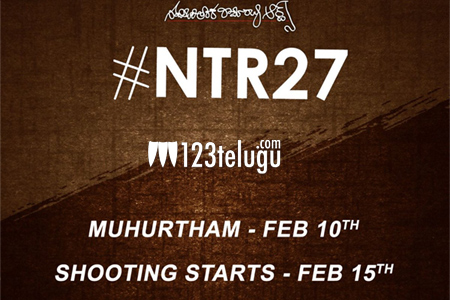 It is a known fact that NTR will be working with director Bobby for his new film. The latest news is that the film will be launched on the 10th of February in Hyderabad.

The makers are in due plans to start the shoot on the 15th of the same month. The female leads will be announced soon and there is a huge buzz that some two-star heroines will be cast for this film. NTR will be seen in yet another stylish look in this film.

Kalyan Ram produces this film on his NTR Arts banner.