Lavanya has her hands full with various projects
Published on Mar 9, 2020 7:48 pm IST 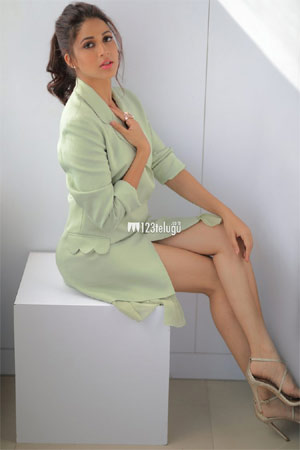 From a sports drama to a dark comedy and an actioner, Lavanya Tripathi has done it all. A1 Express is one of her most special films to date.

The talk is that Lavanya underwent some physically-taxing training in hockey. What makes it all the more back-breaking is that she did it at a time when she had to be in Chennai for another movie during the other part of the day. This film is helmed by Dennis Jeevan Kanukolanu.

Lavanya is also doing ‘Chaavu Kaburu Challaga’, a dark comedy directed by Koushik Pegallapati for Geetha Arts. Lavanya is extremely excited about this outing as her comic timing is going to be tested once again.

Lavanya is thrilled about another project with Atharva Murali which is being directed by newcomer Ravindra Madhava, a Koratala Siva assistant in the past.

The different genres are keeping her too busy and it will be good to see her some exciting roles in the coming days.