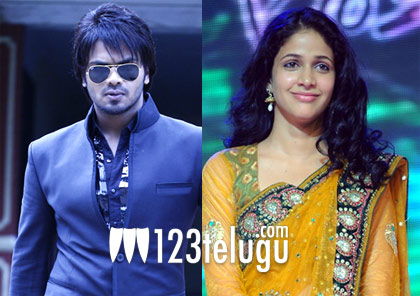 Lavanya, who made her debut in Hanu Raghavapudi’s Andhala Rakshasi, is apparently in talks to star in an upcoming Telugu film. If the rumours are to be believed, she is believed to be the lead heroine in Manchu Manoj’s next film. However, no official annoucements have been made so far. Recently, Manchu Manoj had signed a film which will be produced by Bommadevara Ramachandra Rao under Sri Sai Ratna creations banner. Ramachandra Rao had earlier produced Anushka starrer Panchakshari.

More details about this film including the cast and the crew will be announced soon. The film is likely to go on floors in February. Apart from this film, Manoj has also signed G Nageshwara Reddy’s next film and Lavanya is in talks with couple of more filmmakers.