Lavanya Tripathi undergoes hockey training for ‘A1 Express’
Published on Feb 19, 2020 2:08 am IST 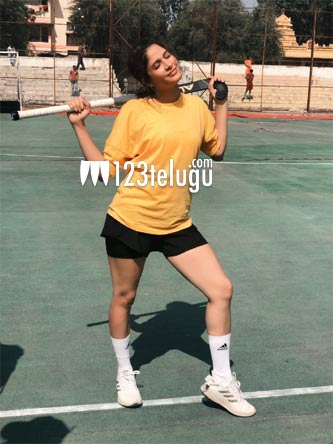 It’s well known that talented actress Lavanya Tripathi will be playing an author-backed role in the ongoing sports drama, A1 Express. Lavanya will be seen as a hockey player in the film, which also has Sundeep Kishan playing a hockey player.

For the last couple of months, Lavanya has been training hard to master her hockey skills. A video of Lavanya showcasing her dribbling skills is currently making a splash on social media. While the film’s team is impressed with Lavanya’s dedication, the actress is quite excited about her role in the movie.

Apart from A1 Express, Lavanya has also signed GA2 Movies’ Chaavu Kaburu Challaga that has young hero Kartikeya as the male lead. Lavanya is also in talks for a few Tamil projects.