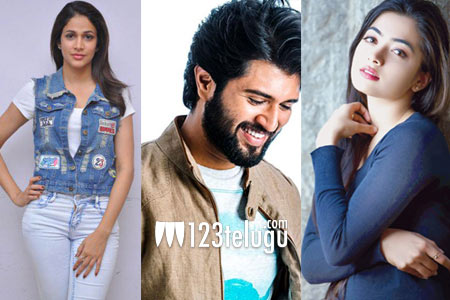 Only recently, it was reported that gorgeous beauty Lavanya Tripathi was roped in to play the female lead in young hero Vijay Deverakonda’s next film. This as-yet-untitled romantic family entertainer is being directed by Parasuram and produced by the reputed production house, Geetha Arts.

According to the latest reports, Lavanya has walked out of this project due to reasons unknown. Apparently, Lavanya, who was reportedly satisfied with the film’s script, had to exit due to other factors.

The latest we hear is that Rashmika of Kirik Party fame has been roped in as the female lead. Meanwhile, Lavanya is busy promoting her soon to be released romantic action thriller, Yuddham Sharanam, which also stars Naga Chaitanya. The film is releasing on September 8th.