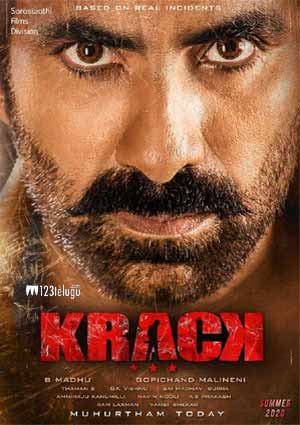 Hero Ravi Teja has joined forces with his Don Seenu and Balupu director Gopichand Malineni for his 66th film. Titled Krack, the film went on floors earlier this month and the team has been shooting at a studio in Hyderabad.

As per the latest updates, Krack’s team is currently shooting a lavish jatara episode featuring Ravi Teja and hundreds of supporting actors. Apparently, this entire sequence will be one of the main highlights of Krack and it will unleash Ravi Teja’s mass power to the fullest. The Mass Maharaj will be seen in the role of a powerful police officer in the movie.

Shruti Haasan is playing Ravi Teja’s love interest in the movie and Tamil actors Samuthirakhani and Varalaxmi Sarathkumar will be essaying key roles. Tagore Madhu is bankrolling the film and Thaman is composing the music.