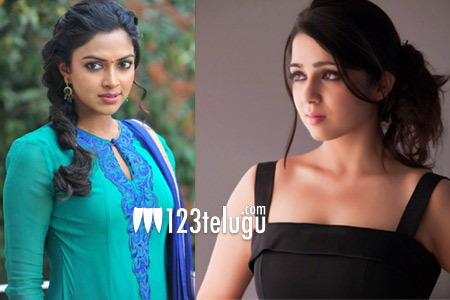 The Puri Jagannadh and Nandamuri Balakrishna’s​ movie has already wrapped up an action packed first schedule in Hyderabad. The film reportedly stars three heroines and already, Puri had announced that a newbie named Muskaan will be making her debut with this film.

According to the latest report​, Puri has locked in his Iddarammayilatho actress Amala Paul as the film’s leading lady. There is also a strong buzz that Charmme too is on board as the other leading lady. However, an official announcement is awaited from the makers.

This film, tentatively titled Ustad, will have Balayya playing a gangster.