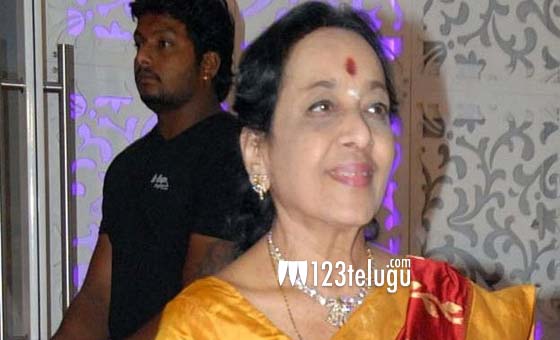 Since last night, a 90 second video in which legendary yesteryear heroine Jamuna is seen dancing to her ‘Balanura Madana’ song from her 1965 classic, Missamma, has been making a huge splash on social media. In the video, Jamuna performs some dance moves while watching herself on the TV.

What’s leaving the netizens in awe is the veteran actress’ enthusiasm even at the age of 83. Jamuna’s dance was captured by her her daughter Sravanthi, who later posted the video on Facebook. Missamma released exactly 65 years ago and it starred NTR, ANR, Savithri and Jamuna in lead roles.