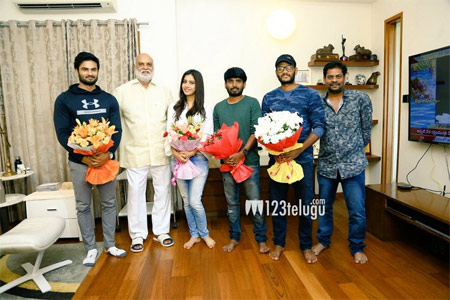 Sudheer Babu, who turned producer for the first time, is thrilled with the response which his debut production Nannu Dochukundhuvate has received from the audience so far. While several actors and directors praised the team already, Sudheer Babu was in for a pleasant surprise when he received a call from none other than K Raghavendra Rao himself.

The whole team of the film met the legendary director earlier today, and during this meeting, KRR is said to have told Sudheer Babu that he is making his father-in-law, Superstar Krishna quite proud. “This is what he said “Chaala baa chesav Sudheer, Krishna garu proud ga feel ayyela work chestunnav” 😍,” Sudheer Babu revealed. No wonder, the actor was thrilled to hear such compliments from KRR.