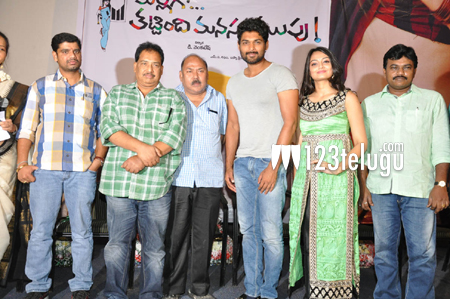 Director Vamsi, is one man who needs no introduction. Known for his unique style of movies, this talented film maker was supposed to make a comeback with Tanu Monne Vellipoindi. But after shooting for a large part of the film, the project was shelved.

Now, according to the latest update, producer D Venkatesh took up the responsibility of finishing the film and has renamed it as Mellaga Tattindi Manasu Talupu.

Touted to be an interesting love story, this film has Rangam fame Ajmal and Nikita Narayanan as the main leads. Promotions of this film have kick started on a huge note and the makers are planning to release the film in July.