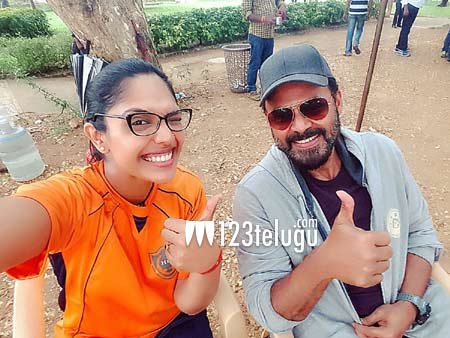 Magician P.C. Sorkar Jr needs no introduction. He is a legend in the field and is well known both in India as well as across the world. Now, his daughter Mumtaz Sorcar is gearing up to make her debut in Tollywood.

Mumtaz is acting in the film “Guru”, which has Victory Venkatesh in the lead role. The movie is a remake of the super hit “Irudhu Suttru” and Mumtaz is reprising the role she played in that film alongside Madhavan.

Mumtaz is planning to use this film as a vehicle for more roles in the south.