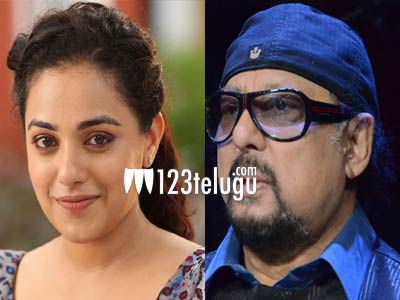 Louis Banks, legendary music composer and widely known as Godfather of Indian Jazz, has come onboard to score music for Nithya Menen’s upcoming multi-lingual film ‘Praana’. Directed by V K Prakash, the film’s USP is that it has one character, which has been played by Nithya.

Since music plays a key role in conveying the emotions of the character, the makers were keen on working on Louis Banks to bring a new flavour in terms of music. And it turns out that there will be a lot jazz in Praana, and Nithya Menen too sang a song in the film. “Recording a song in 4 languages for my movie #Praana… in my favorite genre – Jazz! 😊 With the wonderful and legendary #LouizBanks,” Nithya posted on her Instagram page.

The film’s shooting has been wrapped up and it’s going to hit the screens later this year.

Recording a song in 4 languages for my movie #Praana… in my favorite genre – Jazz! 😊 With the wonderful and legendary #LouizBanks