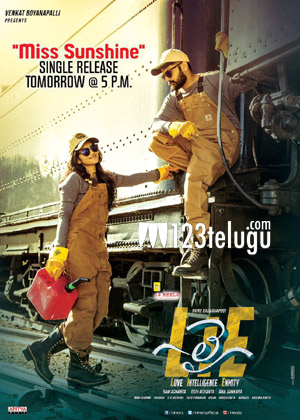 LIE’s first song, Bhombaat already became a huge hit with the masses and brought back Mani Sharma in the limelight. Now, the second single of the film, Miss Sunshine will be released tomorrow.

The teaser of the film has created a huge buzz already and Nithin is looking super dashing in the visuals. With the film ready for a release on the 11th of August, the makers have speeded the promotions.

14 Reels entertainments are producing this film which has Megha Akash as the female lead. Hanu Raghavapudi is directing this action entertainer which also has action king Arjun.