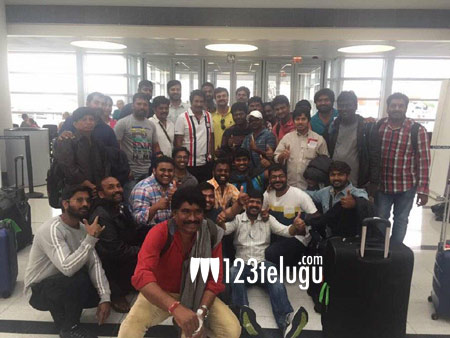 It was 123telugu who first reported that the team of Nithin’s ‘LIE’ will be heading to the US to shoot a grueling 75 days schedule. The latest update is that the marathon shoot has finally come to an end and the unit has finally returned to India.

80% of the film is based in the US and Nithin will be sporting a completely new look. Megha Akash is making her Telugu debut with this film which is directed by Hanu Raghavapudi.

14 Reels banner has produced this film which is Nithin’s biggest film in terms of budget. The film has music by Mani Sharma and is up for a release on August 11th.