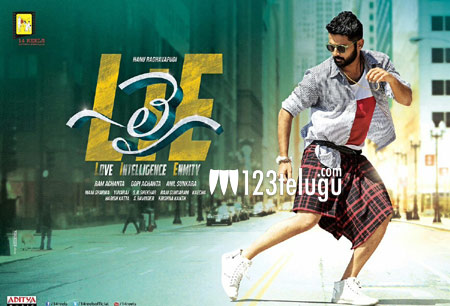 Post the success of A.Aa, Nithin’s stardom has seen tremendous growth. This is evident as his new film, LIE has been shot on a huge budget and the pre-release business is also quite solid.

Naturally, this has reflected in the post sales as the satellite rights of the film have been sold to Zee Telugu for a massive price which is the highest amount for any Nithin film to date. This automatically puts pressure on the entire team to score a huge success.

The promos and audio have caught on quite well and there is a tremendous buzz for the project. Hanu Raghavapudi directs this film which has Megha Akash as the female lead.

Action king Arjun plays the bad guy in the film and 14 Reels is the production house. Mani Sharma is the music director.