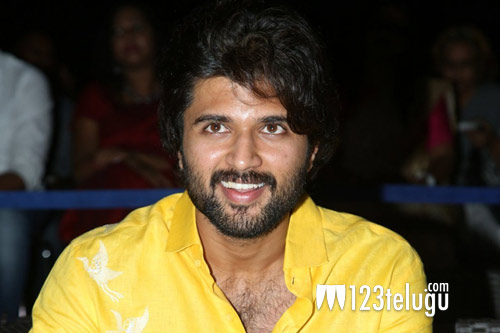 Young sensation Vijay Deverakonda is gearing up to entertain his fans and audiences with his next big movie, Liger (Saala Crossbreed). Directed by Puri Jagannadh, the biggie has Ananya Panday as the lead actress.

Today, the lead pair of Liger interacted with the media in Hyderabad. During the Q&A session, Vijay revealed that before acting in Life is Beautiful, he worked as the assistant director in Teja’s director team and also revealed that he tried to be a part of Puri Jagannadh’s team. Coming to Liger, he stated that Puri and he met for Liger after the release of Dear Comrade.

Ramya Krishnan, Mike Tyson, Vishu Reddy, Getup Srinu and others are also a part of this multilingual movie. Produced by Puri Connects and Dharma Productions, the flick is all set for a grand release on August 25, 2022.