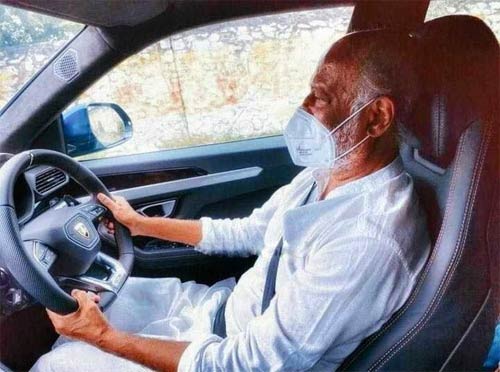 On the evening of July 23, a couple of pictures of Tamil stalwart actor Super Star Rajinikanth driving a Lamborghini went viral on social media with the hashtag #LionInLamborghini. A couple days later, the car ride turned highly controversial, after a picture of the e-pass Rajini had sought from the Chennai Traffic Police made it to the internet.

In the e-pass, Rajini mentioned that he needed to travel from his Poes Garden residence in Central Chennai to his Kelambakkam farmhouse due to a “medical emergency.” Many alleged that Rajini had wrongfully acquired the e-pass even as the entire city has been under lockdown due to the rising number of Coronavirus positive cases in the state.

Meanwhile, the pictures showcased Rajini not wearing a seat belt. This landed him in fresh trouble, and the actor was fined for Rs 100 by the Chennai Traffic Police.