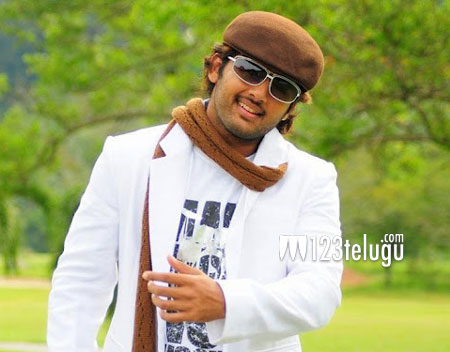 Young hero Nithiin is on a comeback mode. After the super success of ‘Ishq’ and ‘Gunde Jaari Gallanthayyindhe’, Nithiin is now busy with the romantic entertainer ‘Courier Boy Kalyan’. Yami Goutham is the heroine in this movie and Prem Sai is the director.

The film has a song based on the different varieties of liquor available. Nitin sharing the information through his Twitter account. “Shooting gain for a partying song in C.B.K nw..this song too vl b a hit like lachamma n ding ding tak..entire song is on drinking this time. Song goes like this..Whisky thoti gunde safuu..brandy kottu b.p naapu..vonti colour penchu winuu..bojja penchu beer canuu”.

Om Prakash is handling the cinematography and Kathik is the music director. The movie is being produced by noted director Gautam Menon.