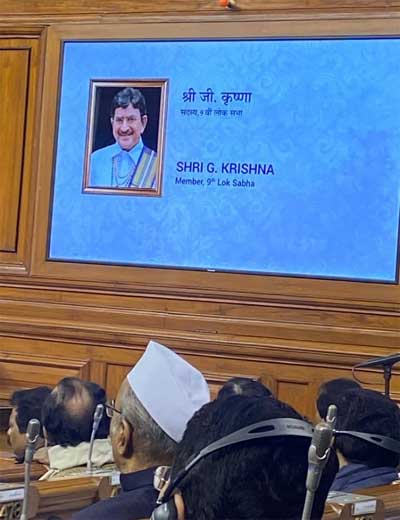 Tollywood has lost an incredible legend Krishna Garu who has made invaluable contributions to the industry. His passion for doing something different has placed him top during the peak days of his career.

The actor has received several awards and rewards during his lifetime. Today The lower house of parliament, Lok Sabha, mourned the death of the legendary actor. The Honourable speaker Om Birla said that Superstar Krishna Garu is one of Telugu cinema’s most celebrated stars, whose career is spread over five decades and more than 350 films.

The speaker also mentioned the Padma Bhushan honorary awarded to the actor in 2009. Then the house mourned the death of the actor by observing silence. To note, Krishna Garu served as an MP representing the Eluru constituency for a while.