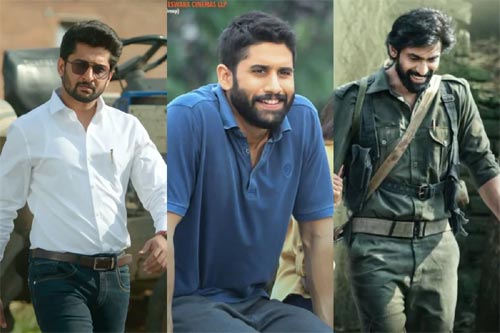 Tuck Jagadish looks set to go the OTT way. Reliable reports suggest that the makers are close to locking a deal with Amazon Prime Video. If things fall into place, the film might be streaming on Amazon Prime this September.

Meanwhile, social media is abuzz that Naga Chaitanya’s Love Story and Rana – Sai Pallavi’s Virata Parvam might also be heading for direct to digital release. The makers of these films are expected to initiate talks with top OTT platforms and finalize a deal sooner than later.

The cinema ticket pricing issue in Andhra Pradesh and the seemingly imminent Covid third wave are catapulting the makers of upcoming releases to ride the OTT wave.

It is heard that multiple mainstream Telugu films might skip theatrical release and lock digital premieres in the next couple of months.