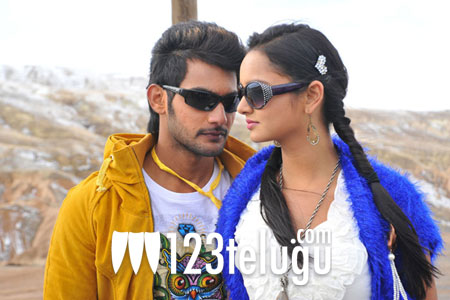 Lovely starring Aadi and Shanvi is near completion. B Jaya is directing the film and BA Raju is producing the film. Recently, the film unit had gone to Turkey to can couple of songs and the film unit met the press today to share the details about the film’s progress. “We shot two songs in exotic locales in Turkey and both these songs will stand out in the film,” BA Raju said. What caught everyone’s attention was a scary experience which Aadi narrated. “We shot in -14 degree Celsius temperature and it was so cold that we couldn’t see anything while travelling on the road. There was a snow storm very close to where we were shooting and all of us decided to not abandon the film’s shooting despite the storm. Shanvi did a commendable job in both the songs braving the cold winds,” Aadi said. B Jaya said that she was confident that Aadi will be a big star after the release of the film. Anup Rubens has composed the music for this film and the audio will be launched soon.