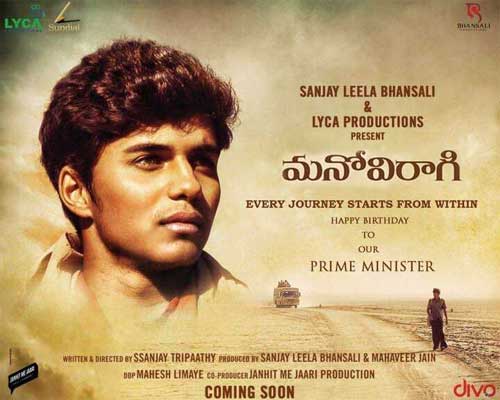 Leading Tamil production house Lyca Productions is going to present PM Narendra Modi’s biopic, Mano Viragi, in Telugu and Tamil. While the film has been turned Mano Viragi in Telugu, it has been titled Karma Yogi in Tamil.

Mano Viragi’s first look poster was unveiled today on the occasion of Narendra Modi’s 70th birthday. The film showcases Modi’s teenage days and it has been shot in Modi’s hometown Vadnagar and Uttarakhand.

Abhaya Varma will be seen as young Modi in Mano Viragi. Sanjay Tripathi has directed the film, which has been jointly bankrolled by star Bollywood filmmaker Sanjay Leela Bhansali and Mahavir Jain. The film’s post-production formalities are underway at the moment.