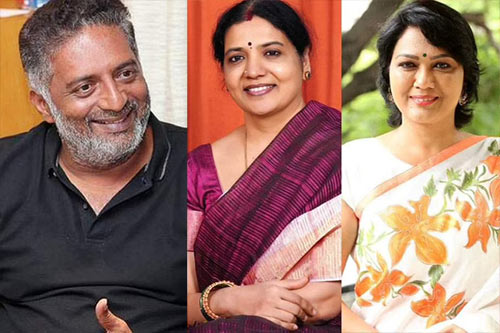 In an unexpected twist, senior actresses Jeevitha Rajasekhar and Hema have withdrawn their contest in the ensuing Movie Artiste’s Association’s (MAA) elections. Both Jeevitha and Hema have joined Prakash Raj’s panel, and will contest as General Secretary and Vice President respectively.

In a media interaction yesterday, Prakash Raj revealed that he recently met Jeevitha and Hema and convinced them to work together for the welfare of the association. He further revealed that both the senior actresses were impressed with his agenda ahead of the upcoming election.

With Jeevitha and Hema not in the MAA President race anymore, the main contest will now see Prakash Raj and senior actor Naresh locking horns with each other. MAA elections are scheduled to be held on October 10. 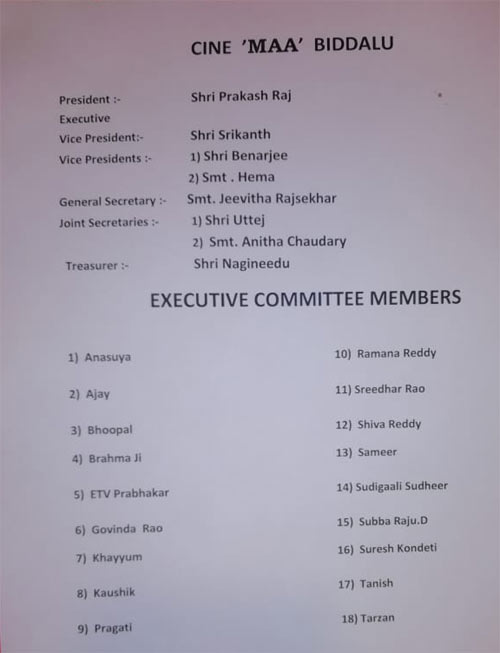