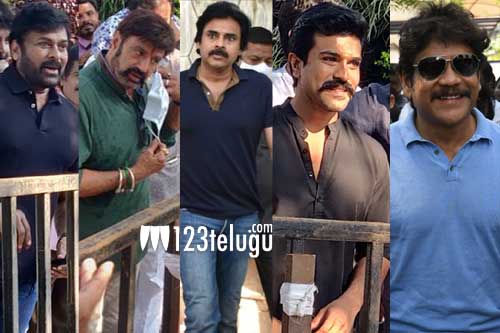 The polling for the MAA elections has concluded at Jubilee Hills Public School. Compared to the previous elections, this year’s contest has been quite intense, with the panelists of both the Presidential candidates – Prakash Raj and Vishnu Manchu, resorting to murky allegations against the opposition members.

As per the latest updates, out of the 905 total votes and 883 valid votes, 605 votes were polled at the polling centre and another 60 votes were polled via postal ballot, making it a record 665 votes eventually. Even the counting has begun just a while ago, with the 18 member committee votes first. The President votes will be counted in the end. The final results will be announced at around 8 PM.