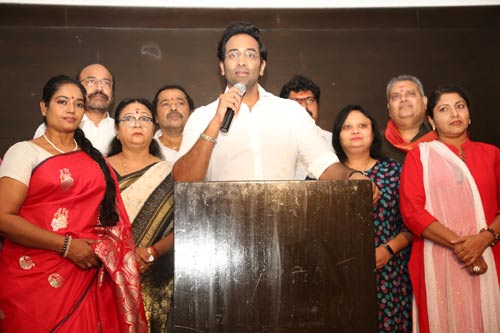 With just a couple of days left for the polling, hero Vishnu Manchu today announced his manifesto which he pledged to implement if elected as MAA President. Vishnu made a total of 14 promises in his manifesto and urged all the voters to elect him and his panel to ensure the welfare of MAA and its members.

Vishnu is in race for MAA President post in he upcoming election. The polling will be held on October 10. Vishnu is taking on Prakash Raj and his panel.