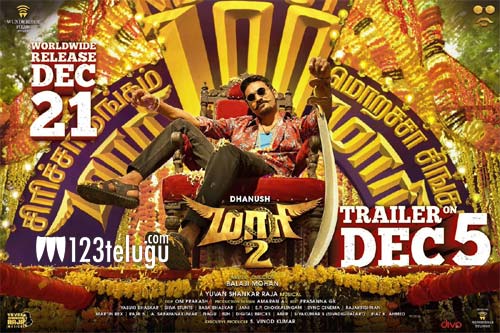 The first single of Dhanush’s Maari 2 has created a good vibe for the film. The latest we hear is that the film’s trailer will be out tomorrow on the 5th of December.

Dhanush will be seen in an author-backed role in this film. Yuvan Shankar Raja composes music for this film which is being directed by Balaji Mohan.

Maari2 is the sequel of the hit Dhanush film Maari and will release on the 21st of December. Watch out this space for more updates on this project.