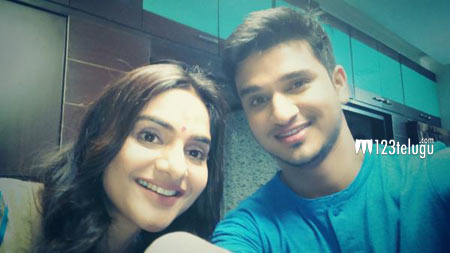 Madhubala, who is quite famous for her films like Roja and Gentleman made her comeback with Sumanth Ashwins’s Antamundu Aa Tarvaata. Now this talented actress is doing yet another major role in Nikhil’s Surya vs Surya.

Shooting of this film has gone on to the floors recently and Madhubala has also joined the cast. This film is a romantic comedy and the other cast and crew details will be revealed soon. Nikhil is one a all time career high and is choosing his projects quite cleverly. Let’s hope that he hits gold with this film and gets into the top league.