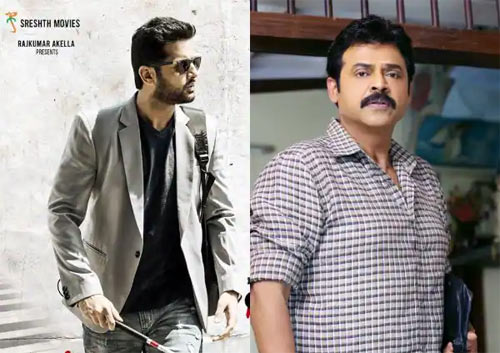 Nithiin’s Maestro and Venkatesh’s Drushyam 2 are gearing up for direct to digital release and the two films might be releasing less than a month apart from each other.

In all probability, Maestro will be made available for streaming on Disney+ Hotstar from 15th August. As for Drushyam 2, the Venkatesh starrer might be streaming on the same platform from 9th or 10th September.

Neither of the films have locked digital premieres dates and they are expected to do so in the next few days.

Disney+ Hotstar is hoping to expand its viewers base in the twin Telugu states with these two biggies. More details are awaited.