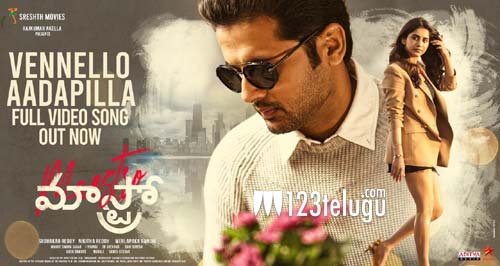 Vennello Aadapilla is sung by young music composer-singer Sweekar Agasthi. Sreejo and Krishna Chaitanya have penned the lyrics for the song. The song begins with Nabha expressing her shock to see Nithiin performing at a foreign location and then it moves to the flashback episodes showcasing Nithiin and Nabha’s wonderful love story in Goa.

Maestro is set for a direct OTT release on Disney + Hotstar. Merlapaka Gandhi has directed the film and Nithiin’s father Sudhakar Reddy and sister Nikitha Reddy produced it.