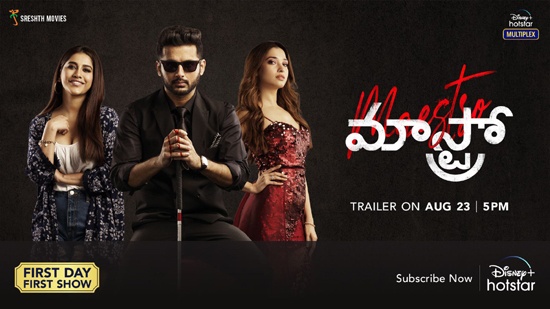 Maestro is gearing up for its direct OTT premiere on Disney+Hotstar tentatively on September 10. The film is directed by Merlapaka Gandhi and produced by Nithiin’s father Sudhakar Reddy and sister Nikitha Reddy under Shresht Movies banner. Mahathi Swara Sagar has composed the soundtrack.